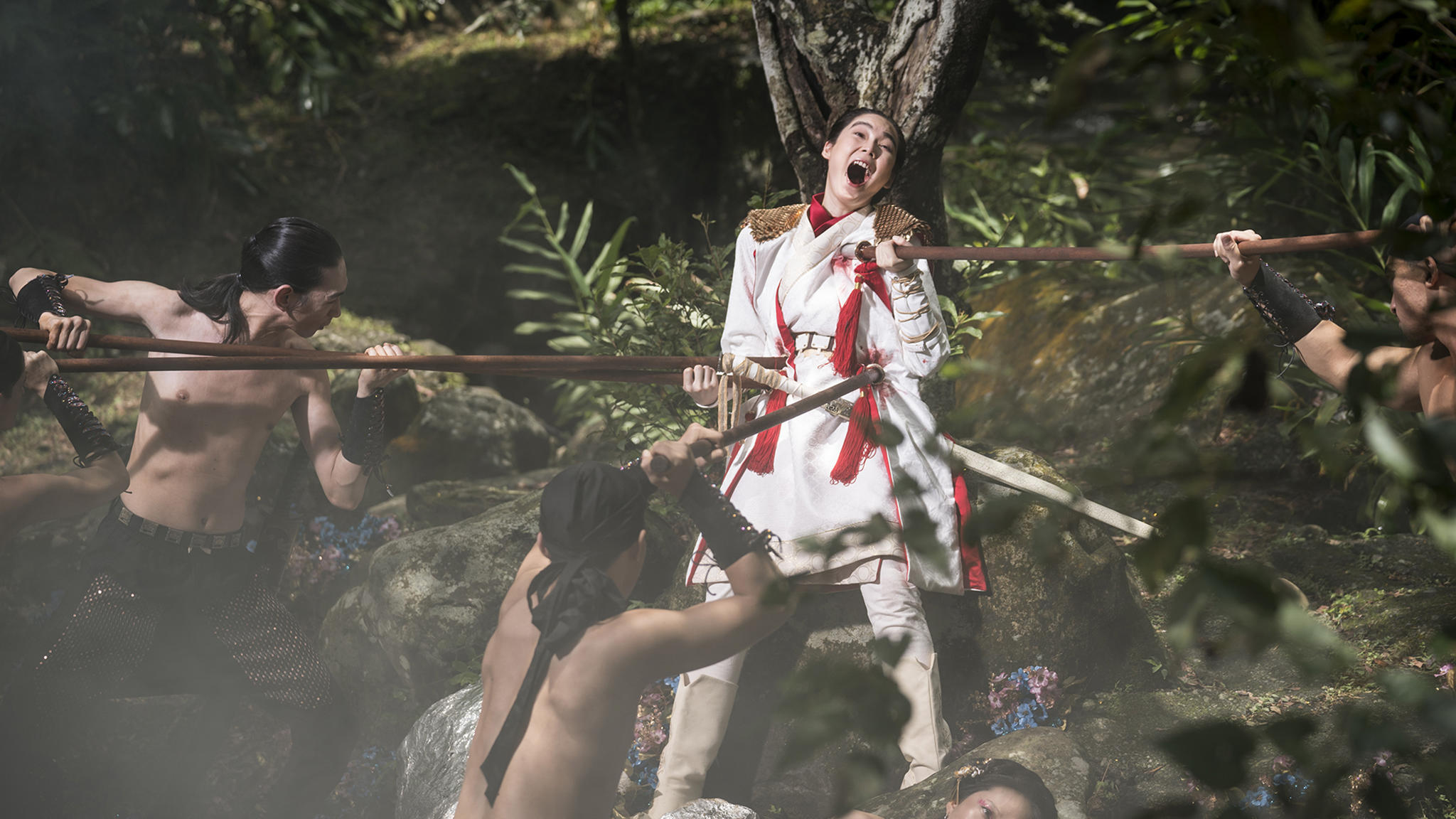 Displaced Belongings presents six recent film and video works by Asian artists that explore the complex nature of identity. Artists respond to personal and global experiences, such as war and memory, ejection from home and expression of sexual identity to inform their filmmaking. Drawing a dialogue through themes such as gender, race, class and self-image, artists express their identities, uncovering and recovering memories to analyse daily life.

Films by artists Suneil Sanzgiri and Bella Riza explore the emotional diasporic memories of their families; from the colonial history of India to the ongoing dispute between Turkish and Greek Cypriots. Mao Haonan’s film, Action, Almost Unable to Think tells the life story of a soldier from his personal perspective after death.

Matthis Zhang and Su Hui-Yu’s work show the possibilities and beauty of queerness, and in contrast, the harshness of civic and social oppression. And in A Private Collection by Wu Chi-Yu, the artist reveals a migrant couple’s passion for their pirate DVD collection, which reminds us that the impact of a film can go far beyond the screen, and provide a new understanding of the world.

Displaced Belongings is curated by Moritz Cheung for Platform Asia. Delivered in association with videoclub and supported by Arts Council England.

Disclaimer: Please be aware there is nudity in this film programme – suitable for 18+

This online screening has ended, thank you for all your support.

We want to hear your feedback.

Please complete a survey about the film programme by clicking here, it will take less than 8 mins to complete.

In 1961, 14 years after India gained independence from Britain, the Indian Armed Forces defeated the last remaining Portuguese colonizers in the newly formed state of Goa. Sanzgiri’s father was 18 at the time, and had just moved away from his small village of Curchorem to Bombay for school when news reached him about his home—now free from the oppression of a foreign hand after 450 years of colonial rule. After spending years thinking about questions of identity, liberation, and the movement of people across space and time, Sanzgiri finds himself returning to this period in search of moments of anti-colonial solidarity across continents. The research took him from the shores of Goa, to Indonesia, Mozambique, and Angola, finding brief links between nascent liberation movements and his father’s biography.

Combining 16mm footage with drone videography, montages from the “Parallel cinema” movement in India, desktop screenshots, and Skype interviews with the artist’s father, the resulting film utilizes various methods and modes of seeing at a distance to question the construction of artifice, memory, and identity through the moving image.

Salt House offers an intimate glimpse of Riza’s father Alper as he returns to his home and native Cyprus. Having left during the war in 1968, it is through revisiting the island and cooking the dishes from his childhood that he is able to reconnect to his past, and talk openly about memory, identity and migration.

The film fragments across domestic spaces and landscapes, meshing together Alper, his voice and the atmosphere of the island. A personal portrait emerges revealing the emotional effects from the war, with vivid memories, rich landscapes and Cypriot food.

Mao Haonan’s film, Action, Almost Unable to Think tells a soldier’s story from his perspective after being killed by a bomb while greeting a civilian. The film aims to portray this moment of contradiction and fragility from the soldier’s inner world, through hypnotic imagery, fiery symbolism and reflections on reality.

Dreams, Butterfly Boy Dreams is a journey of self-identity exploration. It is a dream about gender fluidity and non-binary thinking. Mathis discover their gender identity throughout their culture backgrounds and cross-culture life experiences, using diverse resources, ancient stories, philosophy to develop their own God in their deep soul.

The Glamorous Boys of Tang was inspired by the film of the same name, Tang Chao Chi Li Nan (The Glamorous Boys of Tang) by the renowned poet and screenwriter Chui Kang-Chien’s (邱剛健), which was first screened in Taiwan in 1985. This was two years prior to the end of Taiwan’s martial law period, a period of conservatism, which meant the film – which illustrates a homoerotic fantasy – was ill-received at the time.

By comparing Chui’s film with its original script at the Taiwan Film Institute archives, it is clear his film was heavily edited due to (at the time) sensitive content. More than thirty years later, Su Hui-Yu recreated The Glamorous Boys of Tang using differently gendered bodies, demonstrating the diverse subcultures of Taiwan nowadays. It can be seen as a reshoot and re-narration of the original 1985 version, or the next step in its journey.

Two foreign labourers talk about their private collection: pirated DVDs. Their memories of watching movies can be traced back to their childhood while living in Myanmar; whenever they had time off work, they spent it watching pirate movies bought from the nearby market by the temple. To them, watching movies is more than entertainment; it has become a crucial way to learn about the reality of the world, and to understand the connections between life and film.

Find out more about the artists here.

If you have any question about the programme or any enquiry about us, please contact info@platformasia.org.uk